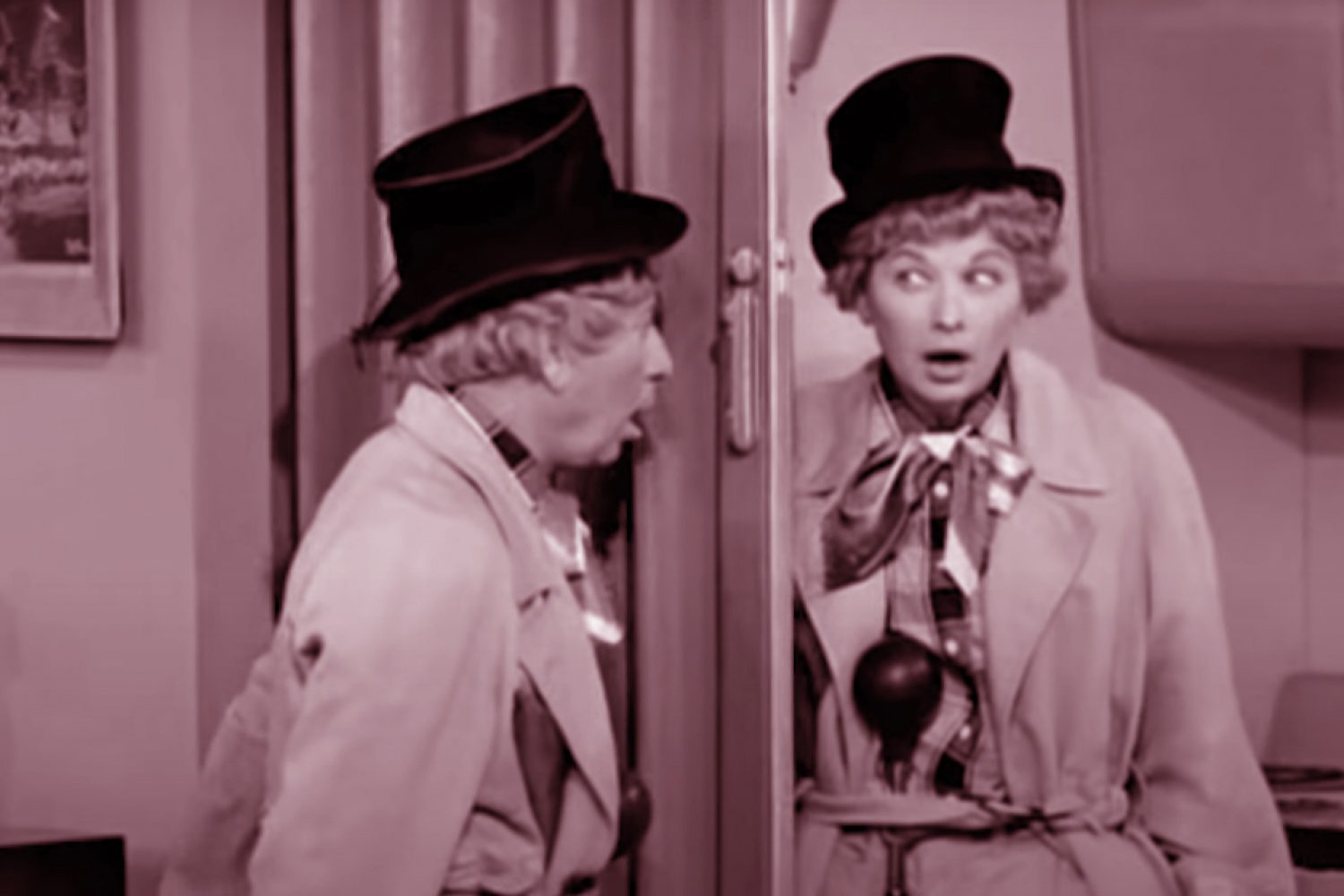 In this five-part series I’ll be focusing on mainly #mafiaoc and following up with The Girl Who Is “Different” as an addendum to explore how Tiktok’s duet/reaction and ‘use this sound’ features are being used to drive mass collaborative participatory fiction (or open and shared storyworlds).

CONTENT WARNING & PREAMBLE
PART ONE: THE BIRTH? OF A HASHTAG
PART TWO: EVERY MAFIA NEEDS A MOB BOSS (OR DOES IT?)
PART THREE: INTERACTIVITY CHALLENGES THE CINEMATIC FRAME
PART FOUR: REITERATIVE IMPROVISATION AS SEEN IN THE GIRL WHO IS ‘DIFFERENT’ — Coming Soon
PART FIVE: RED-STRINGS & FAN TRAILERS: THE ATTEMPTS TO CANONIZE — Coming Soon

In addition to meta Tiktoks that establish participation/interactivity ‘rules’ for (as in the case of the #malonemob), we can also start to identify several styles of ‘narrative-driven’ Tiktoks as seen throughout Parts 1 & 2 of this case study:

One TikToker that best embodied all of the above techniques (and took them creatively further than most) was cosplayer caoimhemorris whose character Frenchie began to quickly be seen as a ‘main character’ in the midst of the #mafiaoc’s hashtag popularity.

The introduction of the femme fatale Frenchie, posted on September 28th, ups the ante in terms of ‘the front-facing TV trading card’ styled TikToks, and demonstrates a much more sophisticated understanding of the constraints of the smartphone aspect ratio than even the majority of shows on Quibi.

You can see how Frenchie is also presented in the TV trading card fashion that marries both the ‘front-face’ and ‘back-face’ of the analogue format it takes its cue from, marrying the both sides of ‘the card’ together.

The TV trading card style TikTok (one that establishes character in bullet point fashion as opposed to presenting a ‘scene’), in duet, can then be viewed through the lens of a Medieval to Renaissance period-styled diptych with ‘saints’ occupying their respective alters on either side of the frame.

However, this interpretation of the ‘two panel frame’ that we see in duets, at least cinematically, can be thrown into the flux, if synchronous side-by-side actions in the duet imply a single united frame, shared space via a split screen composite, particularly if the characters interact with each other through mirrored or responsive actions. This unification of a single shared space or frame is dependent on, not only the actions of the character in any given ‘source’ TikTok, but also the subsequent reactions to it by characters in duet. (For example, as we saw in Parts One & Two of this case study, characters such as Maeve, and later JJ, nod to a potential character yet to be seen responding to the gesture; the subsequent duets that contain reciprocating actions — such as nodding or winking back at the source Tiktok, more strongly unite the frame into a shared space/setting than those that ignore ‘the call’ for response.)

Below is one of the better examples of this ‘call and response’ aspect that  TikTok’s duet feature enables. Rather than presenting a TV trading styled TikTok or an opportunity to duet in a way to project the same effect as a diptych, Frenchie presents a ‘scene’ that invites participants to occupy a shared space to commiserate with her while seated at a bar side-by-side ‘after the fight’.

For the viewer, the source TikTok on the left bleow might be seen potentially as either second POV (placing the viewer in the seat of the bartender) or a simple third person POV that becomes emphasized through duet if the adjoining character sits alongside and interacts with Frenchie by responding to her call to ‘cheers’ glasses and the like (as we see in the Tiktok on the right below).

Rare video of Frenchie smiling a lot 😄 Duet as the person that helped her take out everyone in the bar. ##mafiaoc ##duet ##mobster ⚠️FAKE BLOOD⚠️

Here, added to the duet in another link in the ‘chain’, creates a narrative composite of the aftermath of the bar fight. Note that in a formal sense, the creation of composites/split-screens isn’t anymore revolutionary than those that might be employed in a De Palma film with the exception of the layering of narrative composites through the mechanics of interacting to produce a co-created participatory fiction.

The subsequent duet in chain above adds a composite to the bar scene (from the vantage point of the floor) further emphasizing a shared space where all actions are taking place simultaneously. This composite juxtaposed into the scene can be interpreted by the viewer as uniting the entire frame as a triptych with multiple third POVs (as one would see throughout the Thomas Crown Affair seen below) or distinguishing the composite as having a unique second POV where the cinematic lens places the viewer in the seat of an unseen victim lying on the floor, watching helpless as the body before it is dragged off screen and the mop takes its place.

Of course, if someone responded to Frenchie’s after-the-bar-fight ‘call’ to ‘respond’ in duet with the role as the bartender, any third person POV would further be in flux.

So, while we see that the actions and behaviours of a character in a source TikTok can frame the POV (through acknowledging the camera lens to break the fourth wall in second POV, or through acknowledgments off-frame to an unseen character in invitation to duet within a shared space, or do both actions at the same time), the POVs asserted in the subsequent responding duets (or links in chained duets) can bend any interpretation of the cinematic lens to its own will. Here we see the TikTok duet feature starting to behave as a co-created collage, not quite like an exquisite corpse, but evocative of many Dada and early Surrealist collaborative techniques such as triptography and photomontages (that would later heavily influence the use of montage in Film Noir).

Another variant is how respondents react in duet to directly face or mirror the source TikTok as opposed to positioning themselves to ‘stand’ alongside in a unified shared space.

In the TikTok source example below, Zeta from #thecarmichaelfamily, breaks the fourth wall by directly addressing the viewer (framed in second POV). However, subsequent POVs will now depend on the style of response to the call by the dueter as we see in the two examples beneath it.

@radicalslinkyPeople really know how to get going when their loved ones are threatened. ##thecarmichaelfamily ##mafiaoc ##oc ##cosplay

Here Maeve joins alongside Zeta to affirm the second POV of threatening the viewer, while again, casting a glance towards off frame to invite others into the ‘intimidation’ chain.

@wrightfix##duet with @radicalslinky irish isn’t dead. A new boss looking to make a deal and give him another shot a jj. ##mafiaoc♬ original sound – blibzchan

However, in the example above, the POV is now mirrored between two antagonists who ‘face’ each other in the same way we saw the captive/captor duets mentioned in Part One.

This cinematic frame in flux is further distorted by the sample below that marries all POVs simultaneously where Clapdaddie duets with Zeta to affirm the ‘intimidation/threat’ in second POV, and yet another cosplayer inserting themselves as victim at the bottom of the screen in a collage manner to face both antagonists.

While the use of composites and split-screens has been around since the dawn of cinema, the unique twist that TikTok allows is for any ‘source’ Tiktok (or any link/s in its chain) to have its POV subsequently skewed in various ways through the duet and reaction functions. For example, in the TikTok featuring Frenchie below, the viewer is placed under the bed within a second POV framing while the femme fatalle speaks on the phone to someone unseen. This presents an invitation to respond in duet thereby compositing a split screen in multiple ways depending on the intent of the dueter (and subsequent dueters in a chain).

Frenchie’s source TikTok inviting respondents to answer the call by dueting as the ‘victim under the bed.’

@therealrocketman365##duet with @caoimhemorris The thug she just interrogated decides to hide under her shelf. Probably wasn’t the best idea. ##fyp##mafiaoc##mafia♬ original sound – caoimhemorris

In the above example, the participant reacts to the source TikTok to ‘mirror’ what they would have originally viewed as in second POV. In duet, they have placed themselves under the bed, to now juxtapose two POVs mirroring the other sides of the screen to ‘face’ the other’s perspective simultaneously. Here the source TikTok on the right is now being read as in the first person perspective of the ‘victim’ under the bed on the left.

However, in the above example here, the participant decided to respond in a more cinematic conventional split-screen sense — the commonly employed telephone conversation juxtaposition in defiance of Frenchie’s invitation to duet as the ‘victim’ under the bed.

The ‘face off’ mirroring POVS are further emphasized in the examples below where respondents answer the call to battle or argue.

The example above follows more the splitscreen conventions of multiplayer First Person shooter/fighter games in versus mode rather than more cinematic conventional use.

In the example above, opponents in an argument face each other so that we are watching both their POVs simultaneously while they lip-synch to the ‘script’ in an almost ‘acting’ challenge. Note how this is different than conventional split-screens used in cinema for two characters to share a space either by composite or to buck the Hayes Code as Cary Grant and Ingrid Bergman were featured in this scene from Indiscreet but is more akin to split-screen scenes found throughout the 2005 film Conversations with Other Woman as opposed to the versus battle mode on the left. 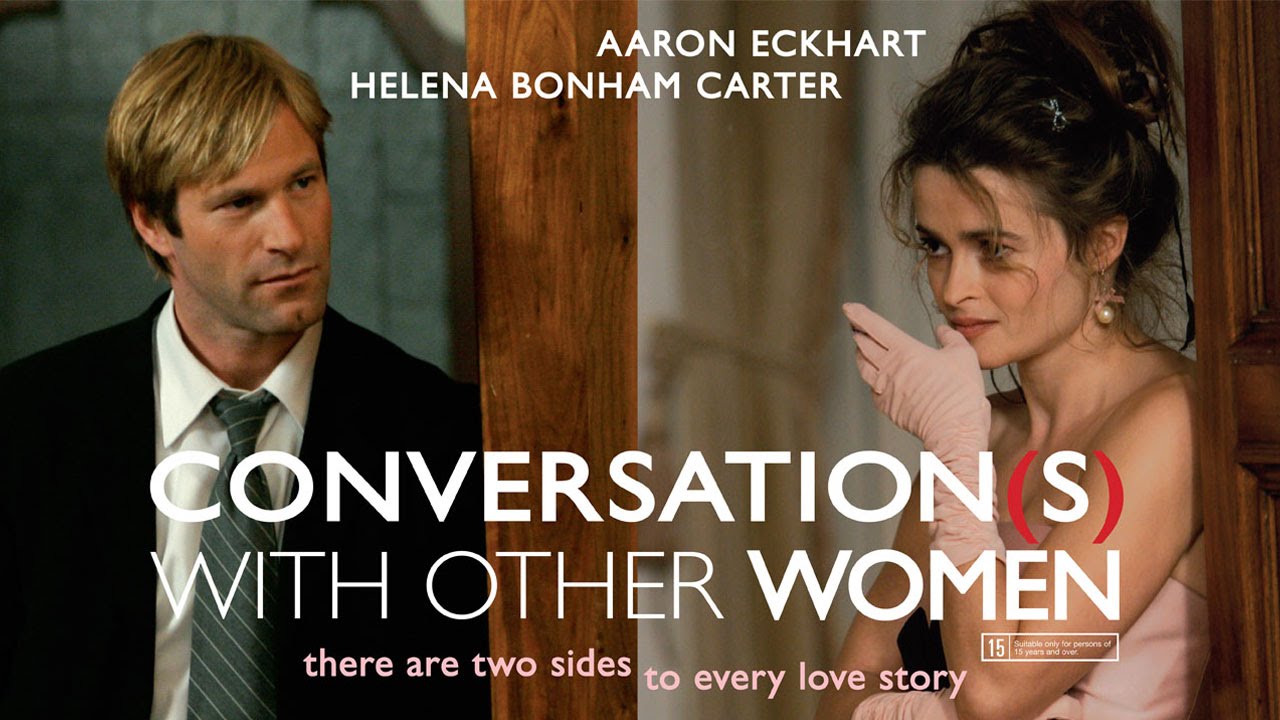 The above examples all highlight the various styles of TikToks (and for what intent/effect they are employed) for participants in a shared co-created storyworld such as #mafiaoc: from the simple ‘TV trading card’ style to the sophisticated collaging of  multiple conflicting POV layers onto a single frame in either duet or in chain. Most of the types of TikToks that I have identified throughout recall and play upon previous understandings of the cinematic or narrative frame, in particular, the previously established use and understanding of composites whether borrowed from cinema, gaming, Daddaist collage, or even Renaissance triptychs. Yet while these TikToks borrow and play upon these earlier forms of composites, it is the open invitation to duet (whether the invite is from a source TikTok or a link well down the duet chain) that presents the biggest challenge to our understandings of the cinematic and narrative frame. And at the same time, the interactivity centered on the ‘call and response’  function of the duet feature is also forging a new type of participatory storytelling distinct from earlier types of RPGs such as those we have become accustomed to on Twitter, Tumblr and elsewhere.

Click here to read PART FOUR: REITERATIVE IMPROVISATION AS SEEN IN THE GIRL WHO IS ‘DIFFERENT’ — Coming Soon

Or go to:
PART ONE: THE BIRTH? OF A HASHTAG
PART TWO: EVERY MAFIA NEEDS A MOB BOSS (OR DOES IT?)
PART THREE: INTERACTIVITY CHALLENGES THE CINEMATIC FRAME
PART FOUR: REITERATIVE IMPROVISATION AS SEEN IN THE GIRL WHO IS ‘DIFFERENT’ — Coming Soon
PART FIVE: RED-STRINGS & FAN TRAILERS: THE ATTEMPTS TO CANONIZE — Coming Soon